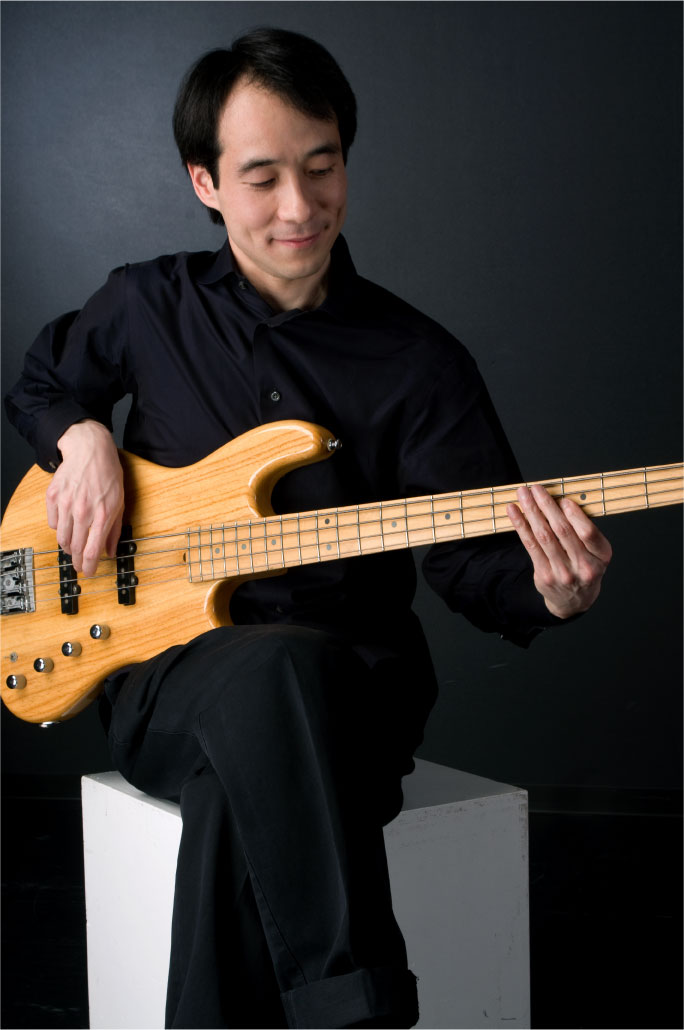 Shingo Katano was born as first son in Setagaya where was city but still some nature was left, Tokyo, Japan. He has one younger brother. Also he had a younger sister but she was cut off by disease only three months old.

His father used to be a singer in some acting group before married. His mother likes music, specially the Beatles. She used to sing Shingo "Yesterday" the Beatles' tune as a lullaby.

When he was ten years old, he joined the marching band in elementary school. At first he was interested in playing trombone, but his teacher chose him trumpet according to his thin lips. Someday he listened to the new tune that he would play, he was really touched by that wonderful sound. That was the Beatles' tune "Yesterday". And he had a dream to compose in the future.

When he was in junior high school, he began to listen to rock music. And he began to learn playing bass by myself.

He joined the rock band and began to compose tunes.

Now Shingo Katano is a Composer, Arranger, Music Director for the musical performance, play, ballet, jingle, and so on. Also he is teaching as harmony instructor and voice trainer for the institute and musical companies.

"A day of Chiba prefecture", An International Exposition in Aichi

to the Top page